On June 2, The GovLab Academy hosted its first online unconference bringing together leaders and practitioners of crowdlaw (i.e., crowdsourced development and drafting of legislation and/or constitutions). The goal of the session was to begin a dialogue between practitioners around establishing best practices for crowdlaw and to share what’s worked across the globe in an effort to assess impact and inspire great innovation. If you missed it, you can watch the full video of the online session here: 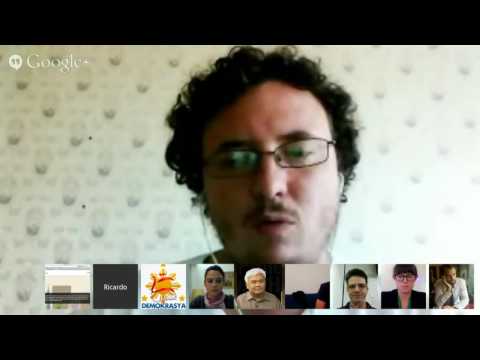 You can also see all of the Tweets from the session via Storify here:

On June 16, The GovLab will convene a second set of innovators, including those working on crowdlaw projects in Chile, the United Kingdom, the European Union, Libya, and beyond, from 9:30 am – 11:30 am EST (to better accommodate those in European time zones). For the full list of second session participants, see our participant list below. You can RSVP for Session 2 here.

What Did We Learn?

During this first session, platform developers, government officials and employees, lawyers and activists from five different countries (Brazil, Argentina, the Philippines, Mexico and Italy) shared insights on what they’ve learned and seek to learn to do better to promote the institutionalization and legitimacy of crowdlaw initiatives going forward.  The session kicked off with brief presentations from crowdlaw leaders, including:

Following the presentations, the session devolved into discussion and a Q&A with the viewing audience around four themes:

Some of the key lessons shared and learned along these themes include:

What Can We Look Forward To?

Possible Participants for this session include:

To join in as part of our viewing audience to learn from crowdlaw leaders and ask questions on June 16, please RSVP here. You can also follow all of our crowdlaw practitioners and leaders by subscribing to The GovLab’s Crowdlaw Twitter list.

If you have ideas for other practitioners, crowdlaw projects, and/or topics we should focus on in Session 2 (or Session 3 if interest warrants), share them in the comments below or @TheGovLab on Twitter, using #crowdlaw. Also please send ideas our way for how The GovLab can support this nascent crowdlaw movement going forward.

View all posts by govlab →